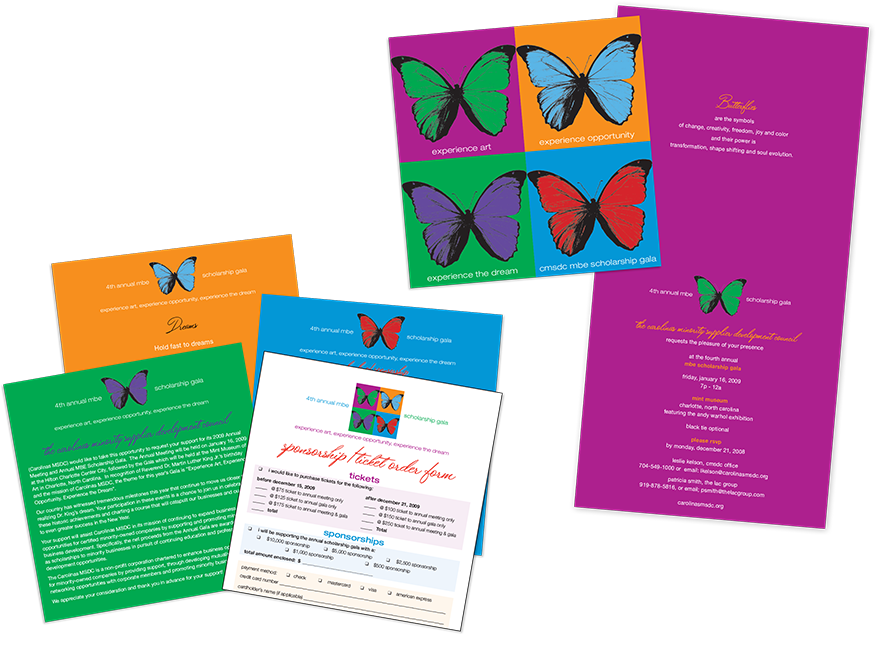 Invitation package for Carolinas Minority Supplier Diversity Council’s MBE Scholarship Gala. Held at the Mint Museum in Charlotte, North Carolina, the invitation’s concept drew inspiration from a featured Andy Warhol exhibit held there at the time. Using the Warhol silkscreen look to express diversity and the butterfly to express change and freedom, the invitation package featured bright colors and numerous components. The bright colors not only resonated with the Warhol concept, but also allowed the many components in the package to easily be identified.