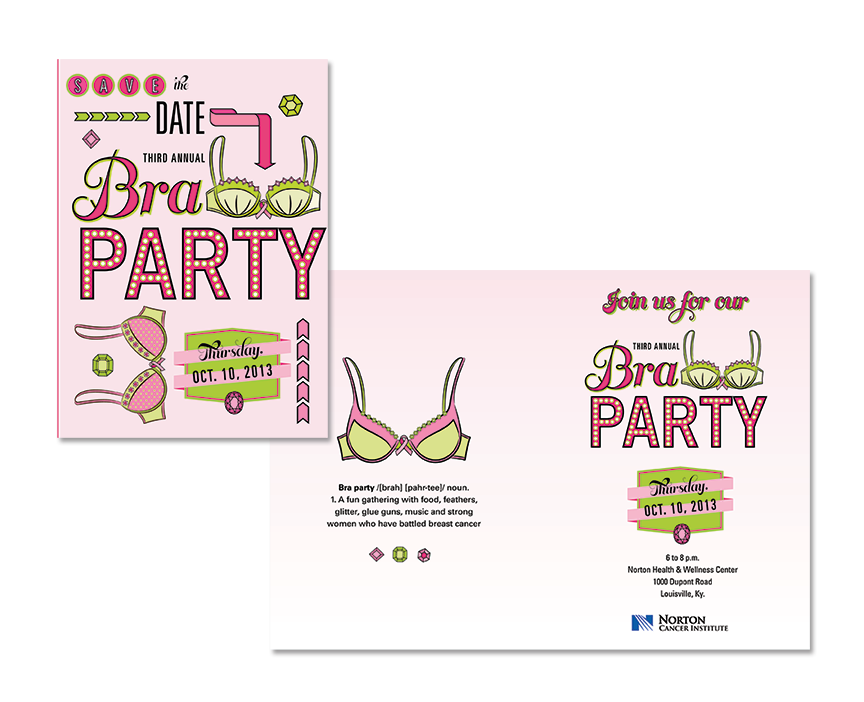 Invitation to those affected by breast cancer and breast cancer survivors to participate in Norton Cancer Institute’s 3rd Annual Bra Party. The event was part of similarly held national events in which people affected by breast cancer decorate bras to promote breast cancer awareness as part of breast cancer month. The previous year, only used a simple flier, but because the graphics (similar to this) used were so successful, the client has since increased the budget to make the invitations more elaborate each year. This was the first year an actual invitation with envelope  was used, and it built upon the previous year’s graphics (both of which I designed). The challenge was to keep this light and fun, while addressing a sensitive subject (cancer) and displaying potentially provocative images (lingerie).